Ketamine – From Anaesthetic to Party Drug

DrugWipe in the media 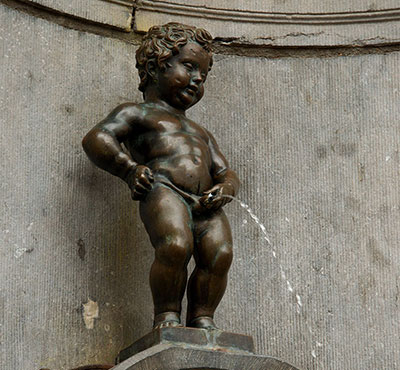 What are the differences between saliva and urine tests? In our last newsletter, we shone the spotlight on saliva tests for drug screening. This time, we’re focusing on drug screening with urine tests and the potential that exists for manipulating samples. We also take a look at how things are done in different countries.

So what exactly is urine?

Urine is more or less the waste water produced by our bodies. The kidneys collect unwanted, watersoluble waste products and foreign substances, and the body excretes these through the urinary tract. In this way, the kidneys can be seen as the body’s own waste water treatment plant. People need to urinate around eight times every day. And every day, the average human produces one to two liters of urine. The exact volume differs from one person to the next, and depends on factors such as fluid consumption, nutrition, blood pressure and general health.

Water makes up about 95% of the content of urine. The remaining 5% consists of salts like calcium and potassium, as well as metabolites that the body doesn’t need or may be harmful. Urine should ideally be crystal clear and the color of straw.

How do drugs find their way into urine?

Urine is the main excretory route for drugs and the products of their metabolism in the human body. As soon as the substance begins to have an effect on the user, the body starts subjecting it to chemical changes in order to render it harmless. The body needs some time to complete these detoxification processes. As a result, there is a clear delay between consumption of a drug and the appearance of its metabolites in the user’s urine. The length of time for which these metabolic products can be detected in urine is also much longer than in the case of blood or saliva. The metabolic products of THC can even be detected in a person’s urine long after they have disappeared from their blood. As a result, the positive detection of THC in urine frequently cannot be equated with a person being under the influence of the drug at the time of the test. For roadside testing, this means that laboratory testing of blood samples collected to confirm urine tests often returns a negative result.

A test subject is entitled to his/her privacy when giving a sample of urine. This means that sanitary areas protected against view need to be set up to allow urine to be collected unobserved. This increases both the costs of roadside testing and the time required to collect a sample. Which means that urine tests are not in fact as convenient or inexpensive as they may appear at first glance.

If a person produces a urine sample without being directly observed, it is possible to manipulate the sample. Small sachets of clean synthetic urine, free of any drugs or doping substances, can easily be purchased on the Internet, e.g. via Amazon. The manufacturer also offers special underwear with an integrated pouch for concealing the sachet of urine. In fact, you can even purchase an artificial penis together with the synthetic urine. Drug users also use bleaching agents, toilet cleaning products or mouthwash to falsify test results. Alternatively, the test subject may dilute a urine sample with water in order to remain below the detection limits of the urine test.1

In recent years, many countries across the globe have begun to use saliva tests in place of urine tests.

Australia has been pioneering in the use of random roadside drug screening with saliva tests. In 2004, the Australian state of Victoria was the first region in the world to establish a legal basis for this type of testing. As a result, any driver can be tested at any time, anywhere. Saliva testing is used both for screening at the roadside and in tests for confirmation in the laboratory. The rate of convergence between the results is between 96% and 99.5%.

Screening at random is also used in France. Saliva tests have been in use there since 2008 and, as of January 2016, the use of saliva as a medium for drug confirmation analysis has been enshrined in French law. In future, French police officers will be able to ask any driver at random and without suspicion to give a saliva sample. Screening with saliva greatly simplifies the process, as collection is simple, fast and non-invasive.

The police force in Belgium have also been using saliva tests successfully for years. Some Belgian officials are responsible for convicting 180 to 240 drug-driving offenders every year. In 2009, Belgium replaced urine tests with saliva tests for roadside screening. 92% of positive saliva screening tests were confirmed by a blood test. That’s 9% more than was the case prior to the change. The improved rate of conformity is explained by the fact that the drug concentrations in blood and saliva are a closer match.2

In Great Britain too, saliva tests are being used with increasing frequency due to a change in the legislation. There, more drug drivers were detected in December 2015 alone than in the whole of 2014.3

These countries have answered the question “Saliva – the best option for drug tests?” with a resounding yes.